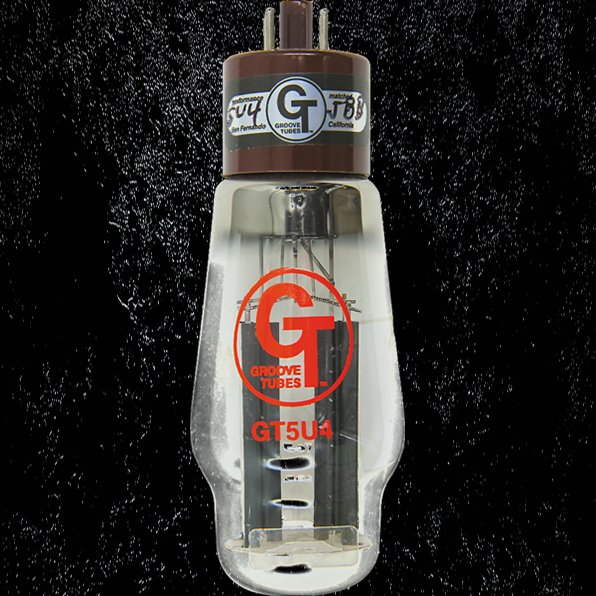 The Groove Tubes GT5U4/GZ32 rectifier tube is commonly found in many medium powered amplifiers such as the Fender mid '60s black panel amps. The Gold Series GT-5U4 is the factory selected rectifier for the Mesa Dual and Triple rectifier series. Common to medium powered amps like the earlier Fender Super Reverbs and Bandmasters. May be used to replace a 5Y3 for improved dynamics and power. Also some players have replaced their 5AR4 (GZ34) with the 5U4 in their Vox AC30 amps to reduce heat and extend the life of the power tubes. Groove Tubes recommends this procedure as a stability enhancer, if you can live with the slightly lower power.