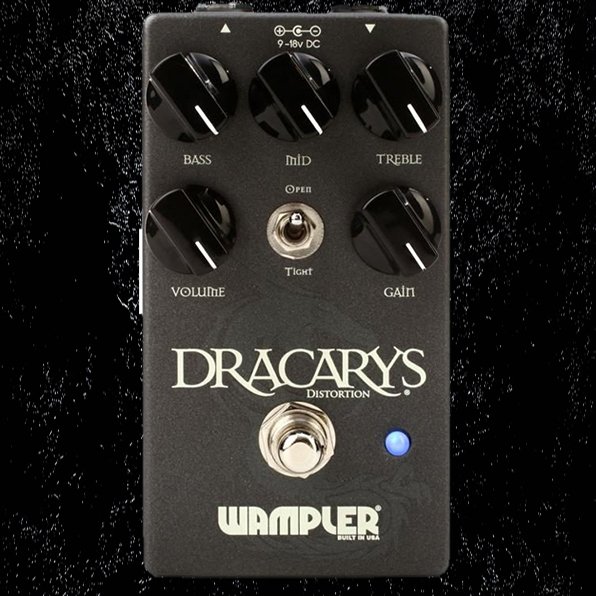 What do you get when Brian Wampler, a man who has built an empire on some of the most respected distortion and overdrive pedals on the market, chases the guitar tone of Ola Englund (The Haunted, Feared, Six Feet Under), one of the world’s most awesome-sounding and instantly identifiable metal guitarists? You get the Dracarys.

This vicious stompbox effortlessly embraces any sub-genre of metal, thanks to its finely tuned EQ and Tight/Open switch. But tap into its decidedly modern soul, and the Dracarys will instantly morph your clean amp into one of the most savage and modern high-gain powerhouses this side of Mr. Englund himself. As Ola puts it, no matter type of high-gain tones you’re looking for, “It can definitely deliver the chug.”

Brian Wampler’s ability to distill the playing experience of a cranked guitar amp into a box that fits on your pedalboard makes him among the premier effects builders in the world. So when he came across the genre-defining tones on Ola Englund’s YouTube channel, the gauntlet was thrown down. He had to create a pedal that contained that same searing gain, percussive low end, unparalleled note clarity. He had to create the Dracarys.

There are almost as many legendary heavy metal guitar tones as there are headbangers, and the Dracarys nails each those tones admirably. But turn up the gain, throw the gain switch to tight, and dial in the EQ and you’ll witness the pedal come alive with the teeth and sheer force that propels today’s most inspired metal guitarists.