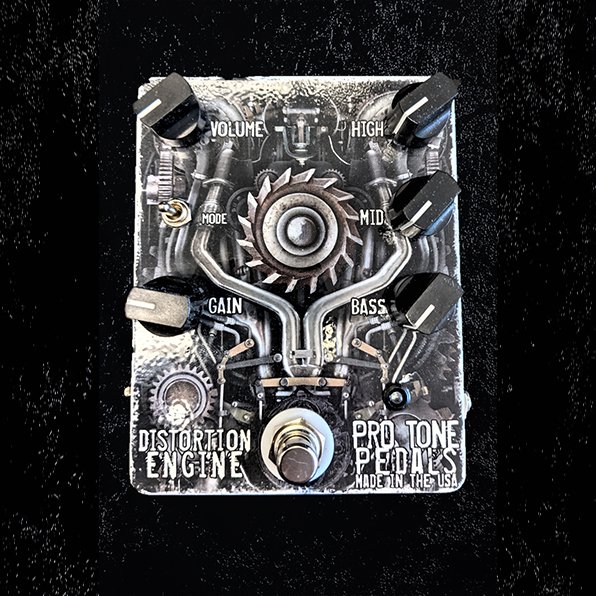 We’ve crammed a metric ton of gain into this box… but we prefer our pedals to be flexible. So we aimed at covering a wide spectrum of rock to hard rock to flat-out modern metal tones. The Distortion Engine is the most versatile, amp-like, and all-round heavy distortion Pro Tone Pedals have ever done.

In order to deliver that flexibility, we knew it had to clean up well. Bottom line - no 1-trick-pony here.
Sweeping through the gain control you’ll come across all shades of vintage and modern distortions, some thick ballsy blues crunch and some good ole fashioned rock and roll overdrive.

In addition to the hyper flexible amp-like 3 band EQ, the Distortion Engine features a SHAPE toggle switch which gives you three shapes of distortion to choose from.