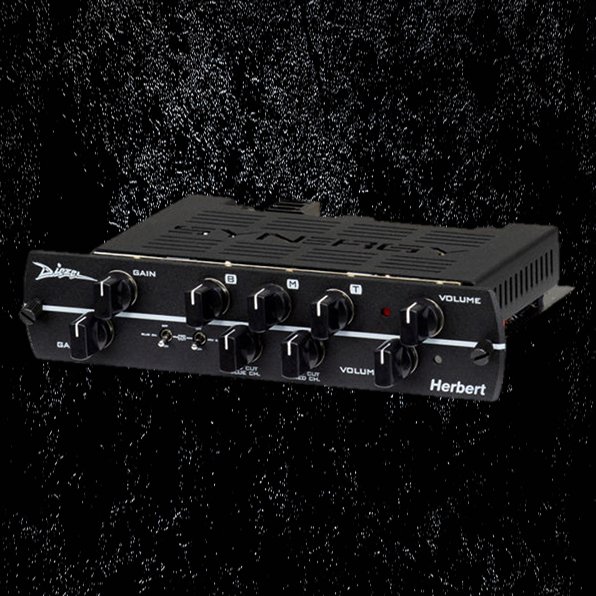 The Herbert started out as a clean sheet of paper. Peter Diezel began with a different set of parameters. This time, the goal was to produce an extraordinary performance amp, capable of delivering delicate, dynamic shimmer; detailed, focused crunch and aggressive, soaring solo tones effortlessly – right out of the box – with the knobs at 12 o’clock.

With the Synergy Diezel Herbert Preamp Module, you get all the tonal nuance of the original 180 watt bone-crusher, in a modular package. You have access to the same searing guitar tones that have made the Diezel brand one of the most respected names in the amplification industry. But this is no mere emulation. Peter Diezel personally designed the module, ensuring your tone sings with the authentic grind and character of its namesake amplifier. This two-channel design boasts independent 3-band EQ, mid-cut knob for blue and red channels, allowing you to fine tune separate lead and rhythm tones.